Google and booze… two things that are hard to live without. Combined together in the classy nook and cranny of Saloon in Davis Square made for an elegant and engaging evening. The spotlight was shining on three very different whiskeys. Food bloggers, booze bloggers, architects and even comedians happily conversed before the whiskey tasting by nibbling on delectable hors d’oeuvres; pork belly (score!), ham sandwiches with delicious spreads and toppings, savory homemade charcuterie, cheeses, and the crowd’s favorite- feta stuffed dates wrapped in bacon. 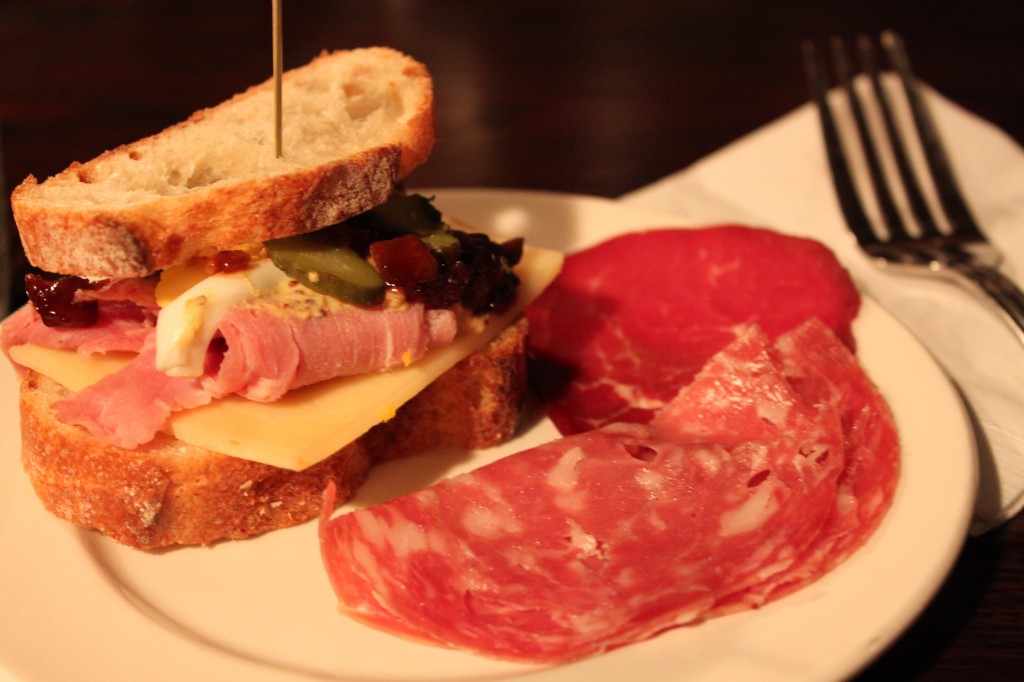 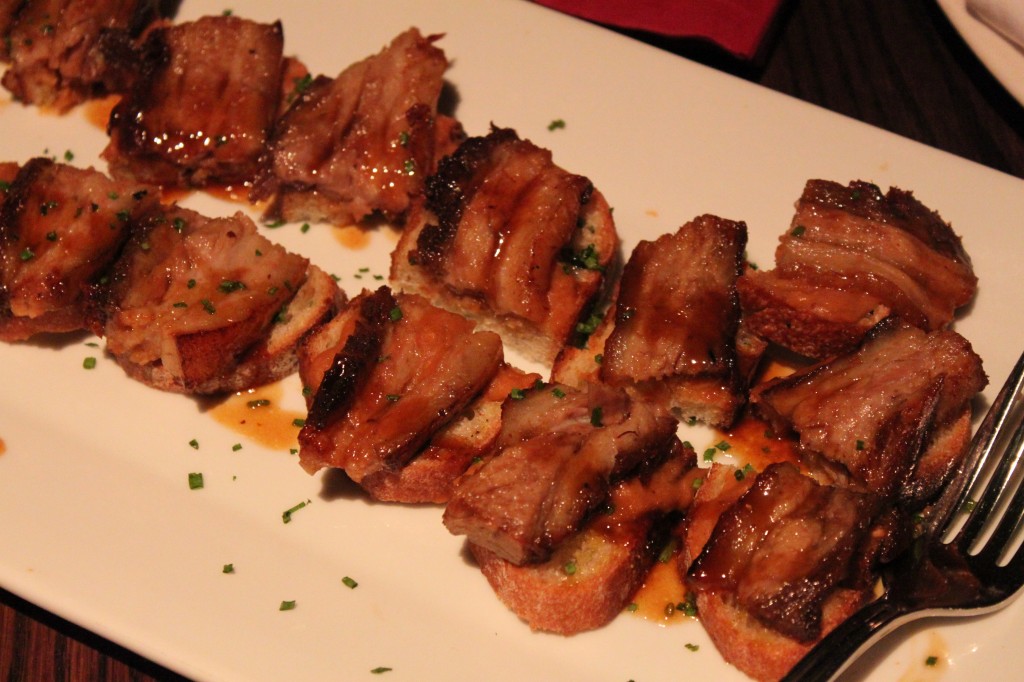 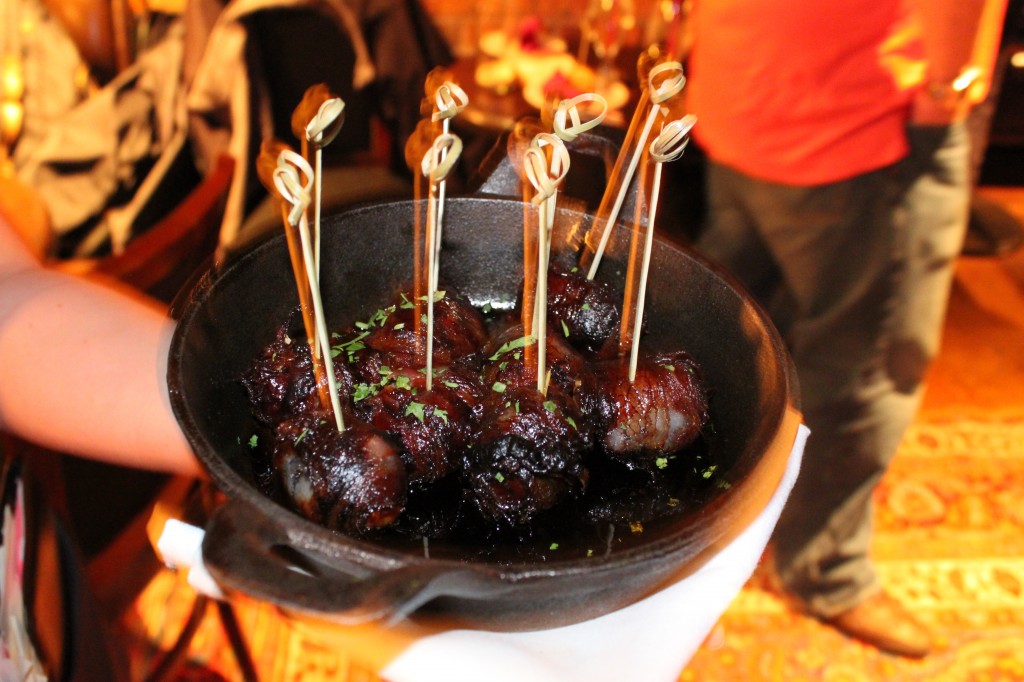 Google Places and Booze In Boston really did a great job on choosing Saloon as the host for a whiskey tasting. Although the entrance of the establishment is small, humble, and very modest, it hides something that is truly bold and beautiful. 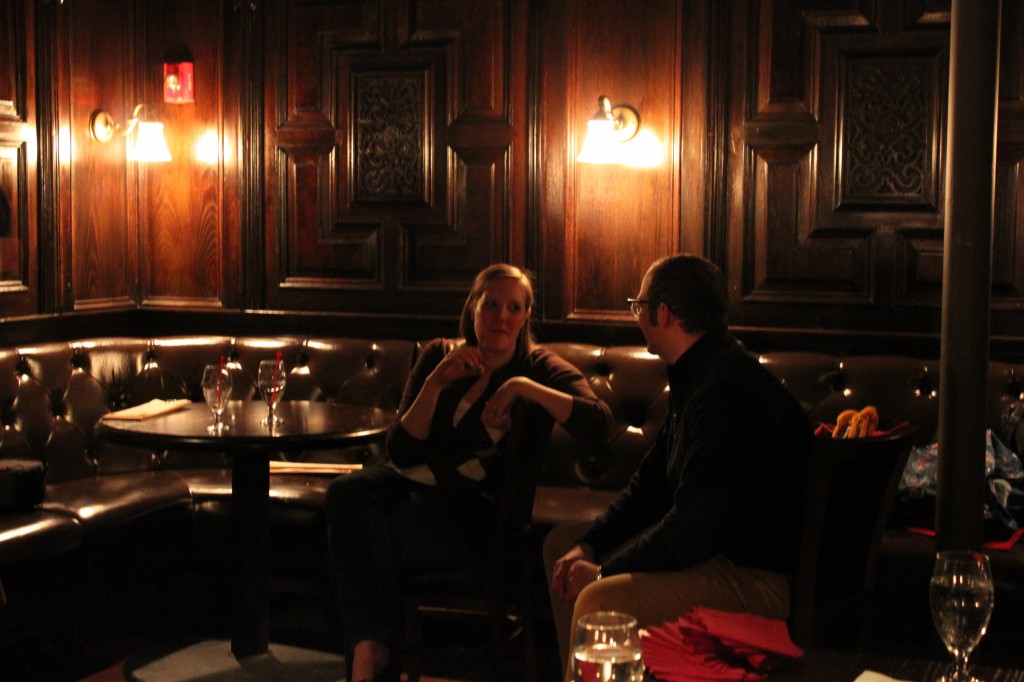 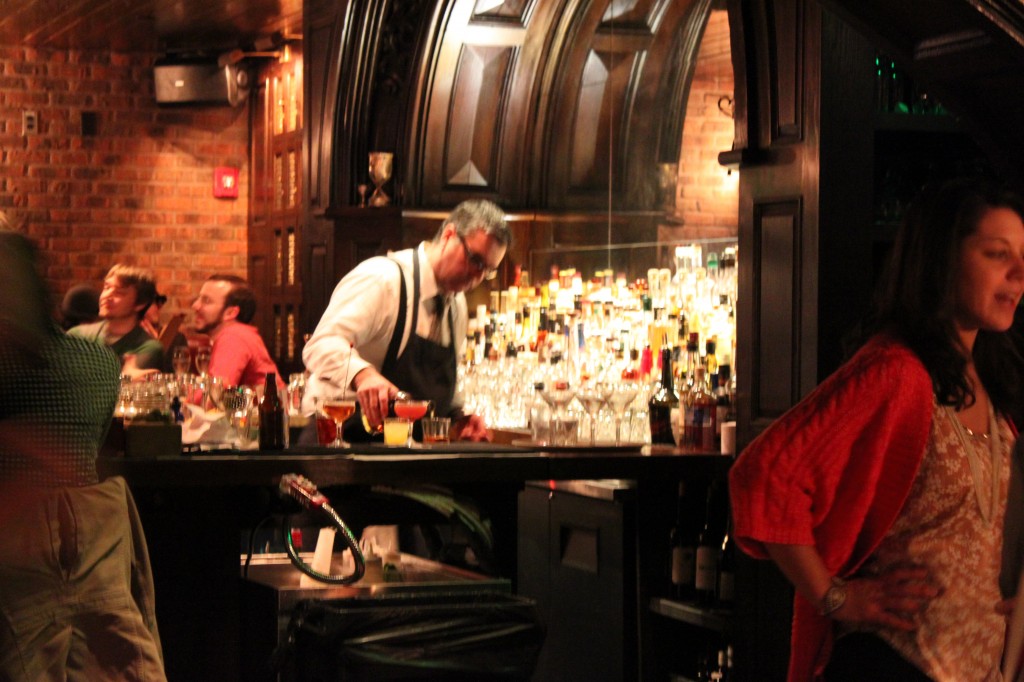 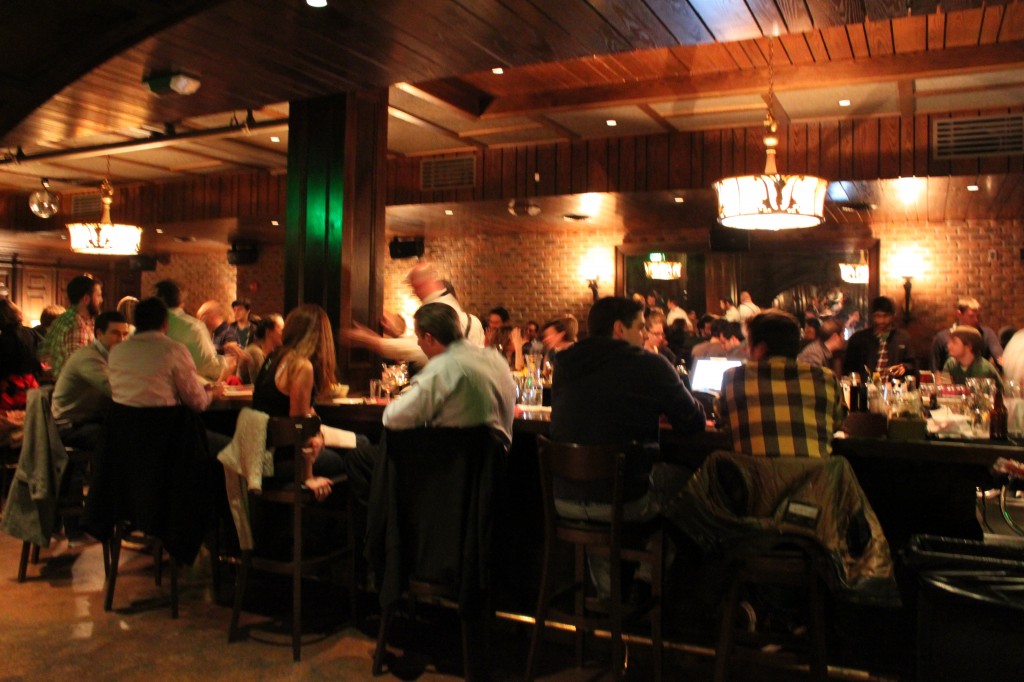 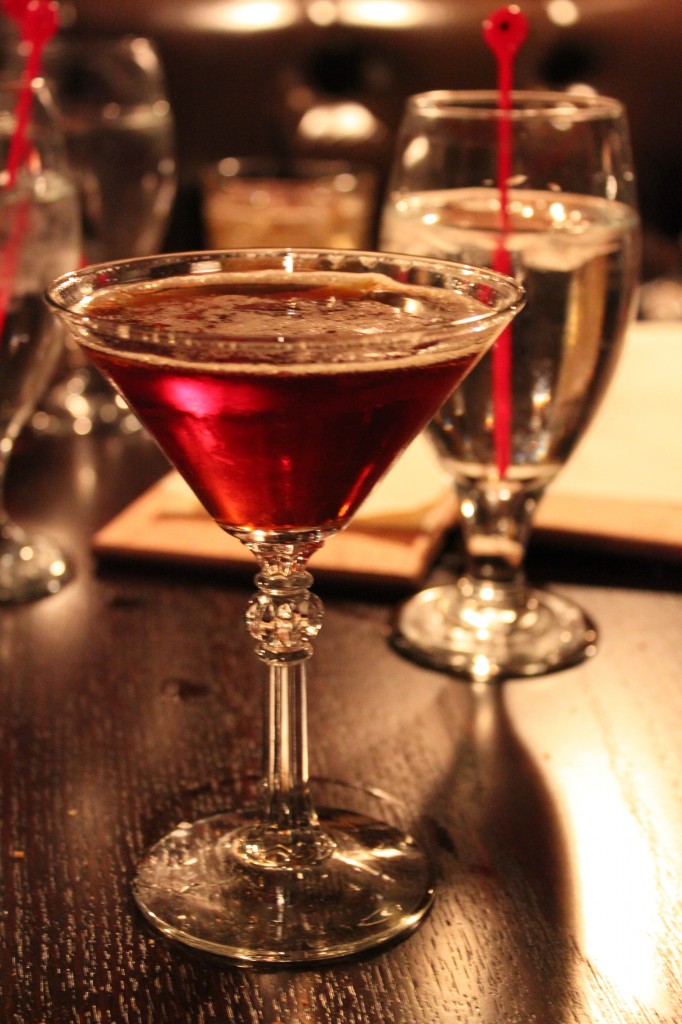 Saloon‘s vibe, decor, brown liquors and local beers make a bold statement it set out to make: calling “reference to a time when drinks were serious and uncomplicated,” with a focus on what it was like before the prohibition. With dark wooden tables and leather booths studded with antique golden accents, it’s like you dive directly into 1920, where wearing a sleek fedora never felt more appropriate. The American whiskeys were paired perfectly with the classy era’s setting.

The proper way to taste whiskey, we all learned, was to part your lips as you smelled the aromas of it. The flavors hit the back of your tongue, giving you an introduction to what to expect. After, take a sip to coat your tongue. And lastly, take a second sip, swirl it around your mouth and after you swallow it, exhale. When you exhale, you will feel how spicy the notes are, if there are nutty flavors or maybe subtle fruit flavors. Also, you can dilute the drink with a few drops of water. 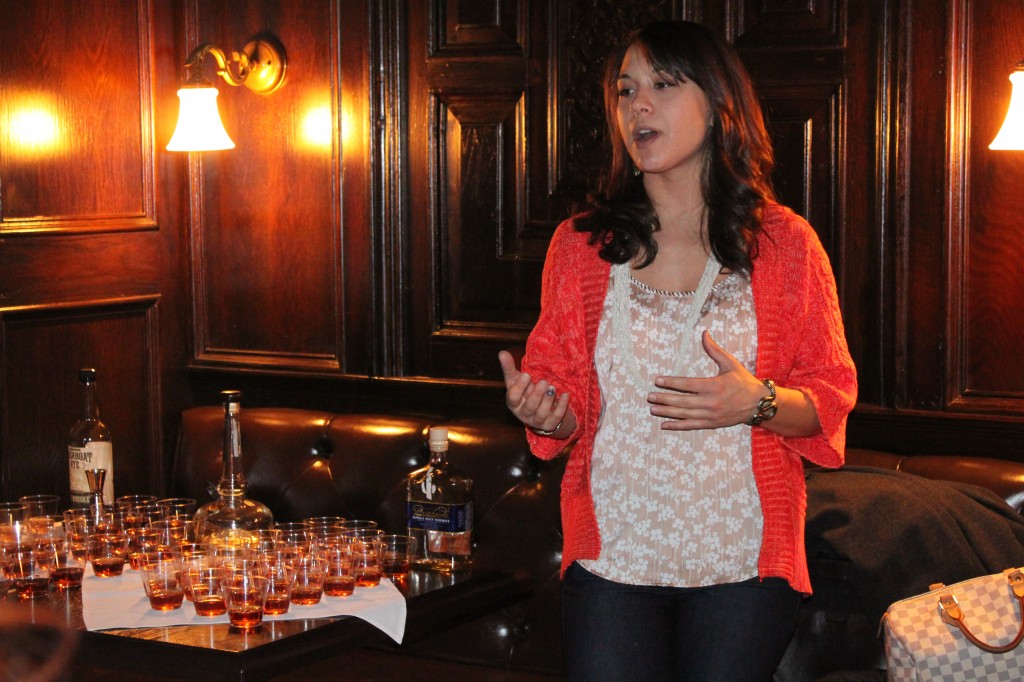 The first tasting was Riverboat’s Unfiltered Rye Whiskey from Kentucky. Aged for less than four years, it is young a young whiskey with extremely lively flavors. Full of rye spices, hints of dried fruit and a bit of roasted nuts, you could taste the earthy oak flavors in the finish. 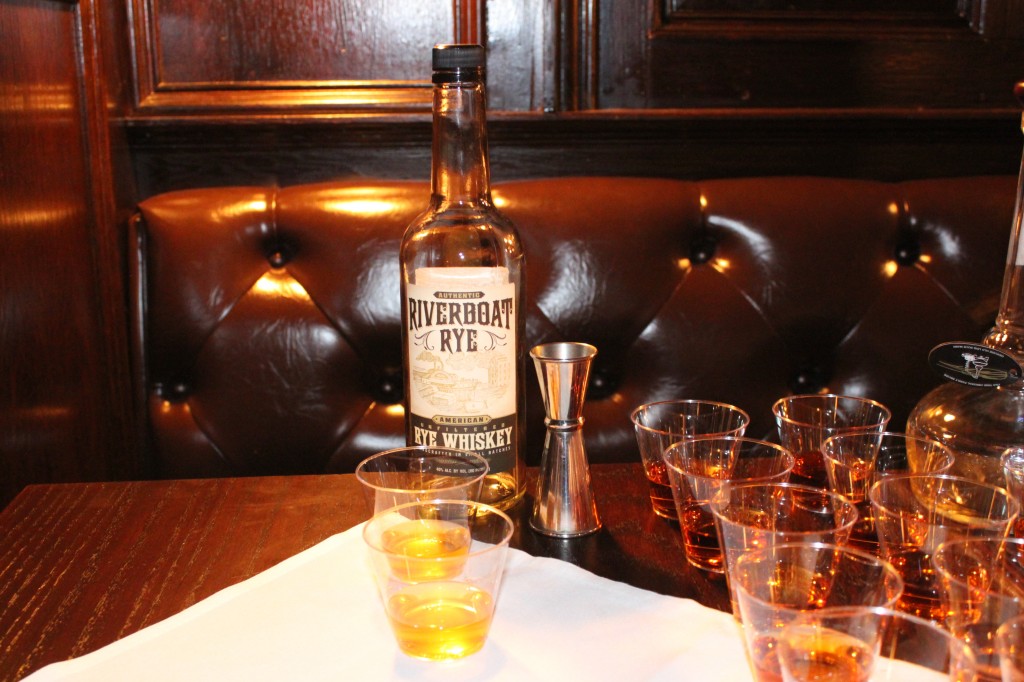 The second tasting was Willet’s Genuine Old Line Sour Mash also from Kentucky. This one was definitely different from the first. Although you could still taste the spiciness of rye, it was more subtle than the first. There were also tingly mint notes as well as cloves. The dark and earthy tones made it more complex. 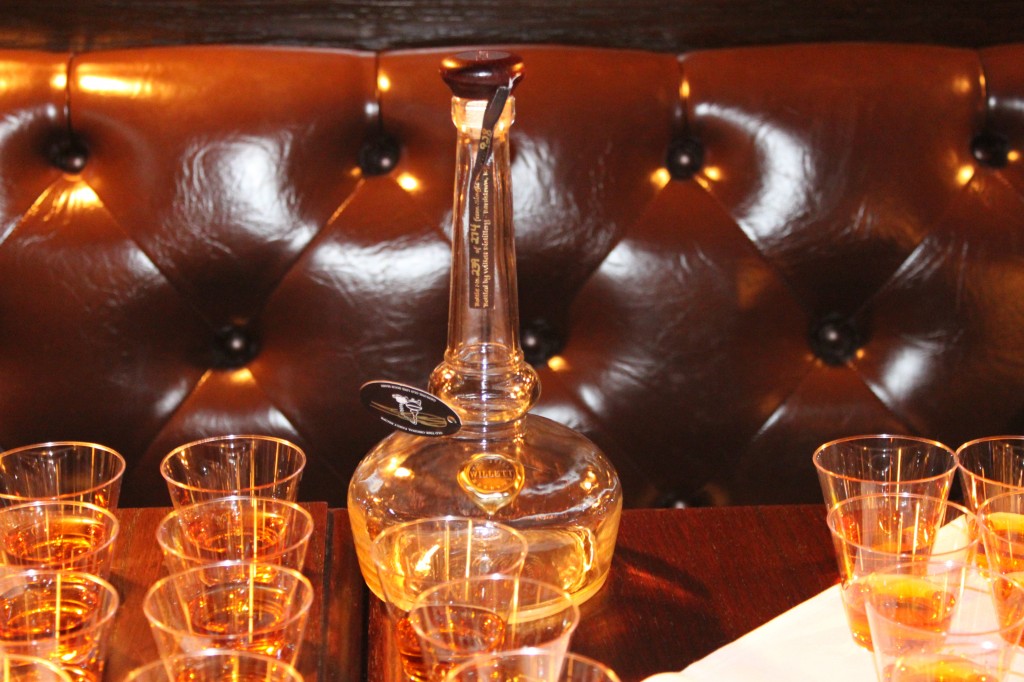 The last whiskey was my favorite, and also recommended as a good introduction to newbies like me. From Tennessee, barreled, aged and hand bottled, the first thing I noticed was that it smelled like dark chocolate and caramel. With traces of vanilla, cinnamon and malted barley, I believe this is the one that will segue me into understanding and appreciating whiskey much more. 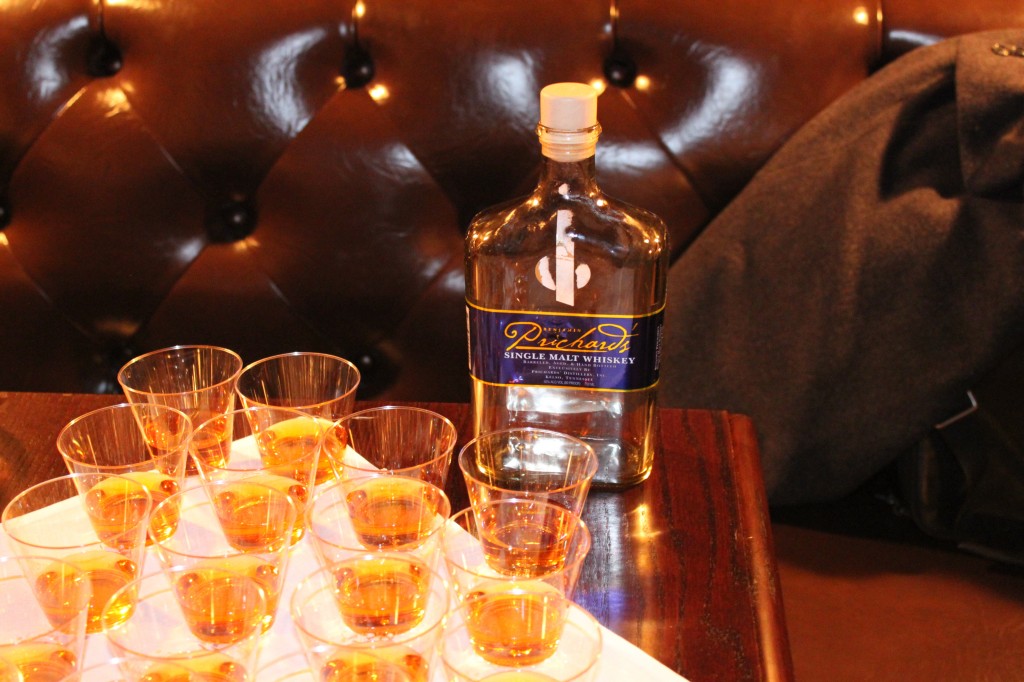 Thank you Google Places and Booze In Boston for such a wonderful night! 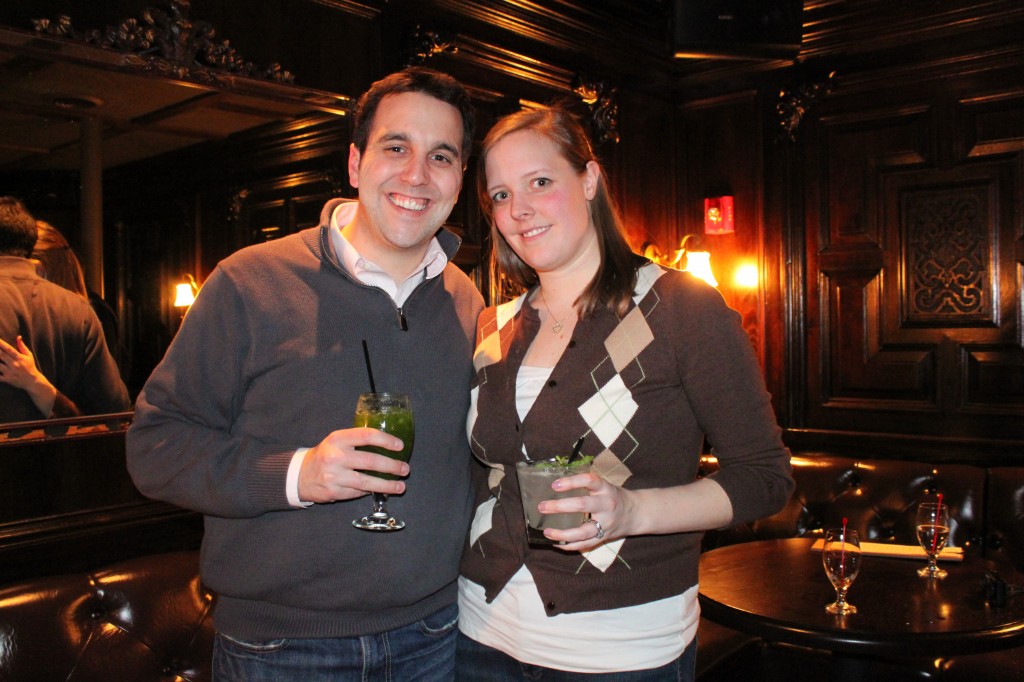 Eric and Valerie of Booze In Boston 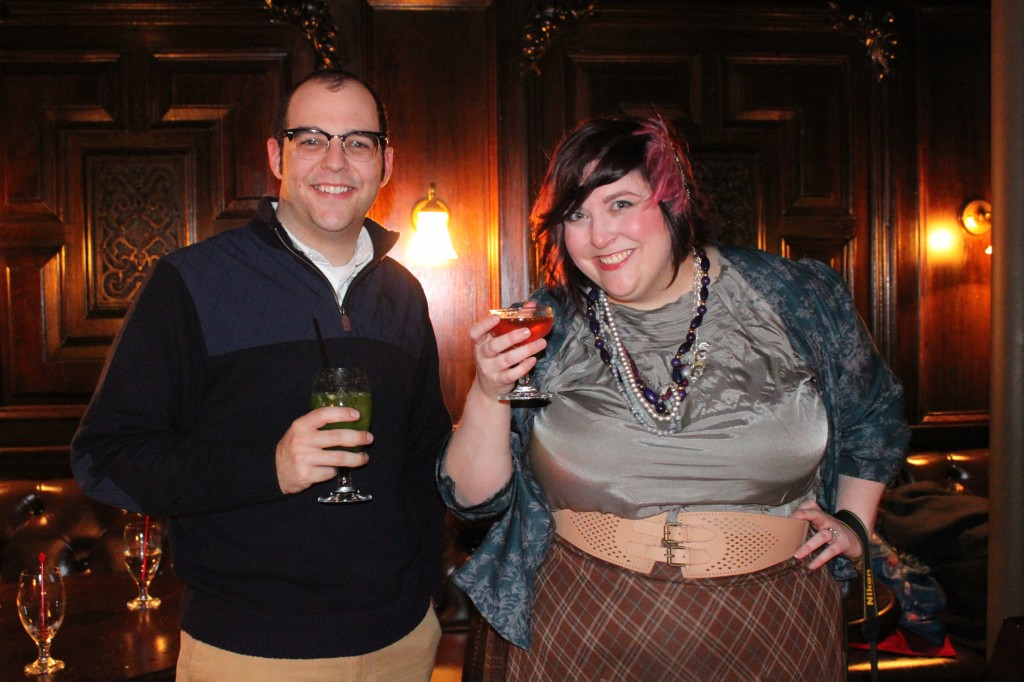 Burns of Nacho Average Blog and Shannon of Marketing Julep 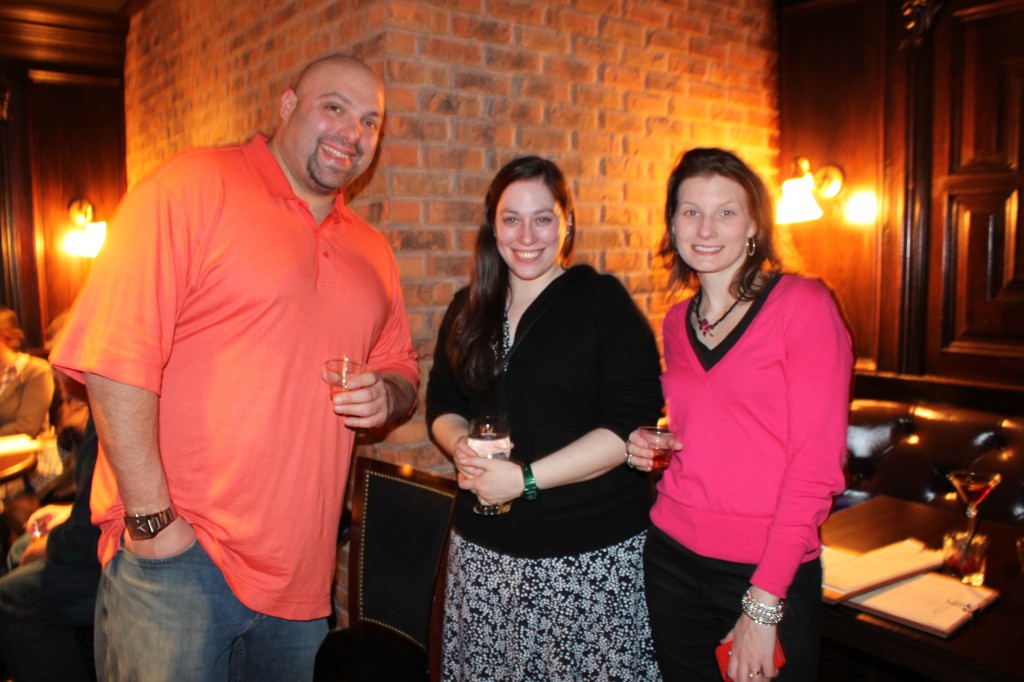 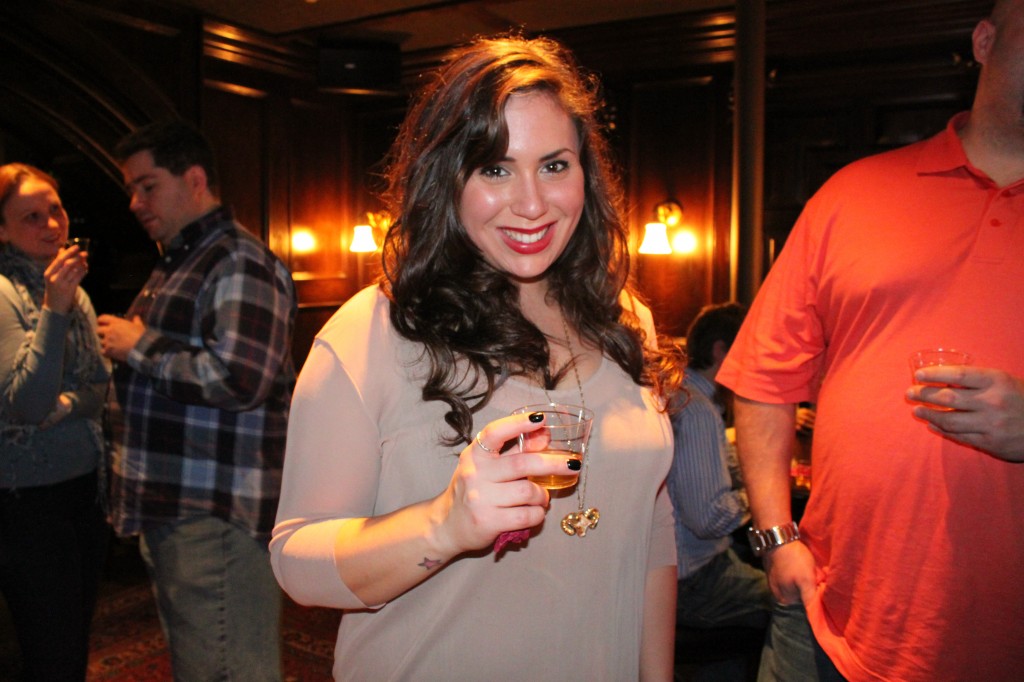 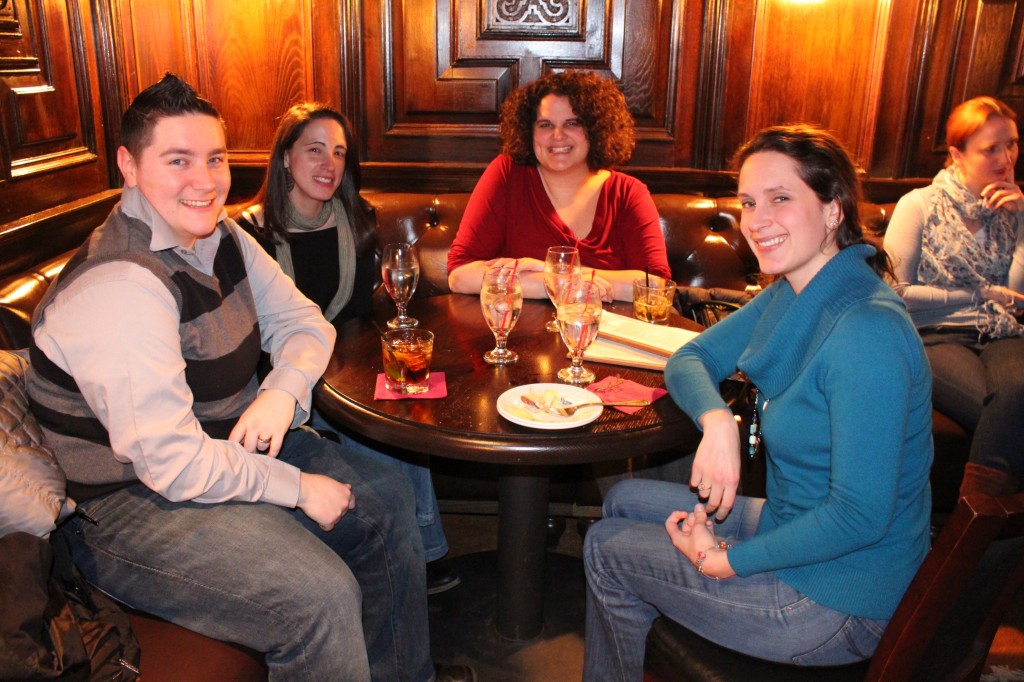 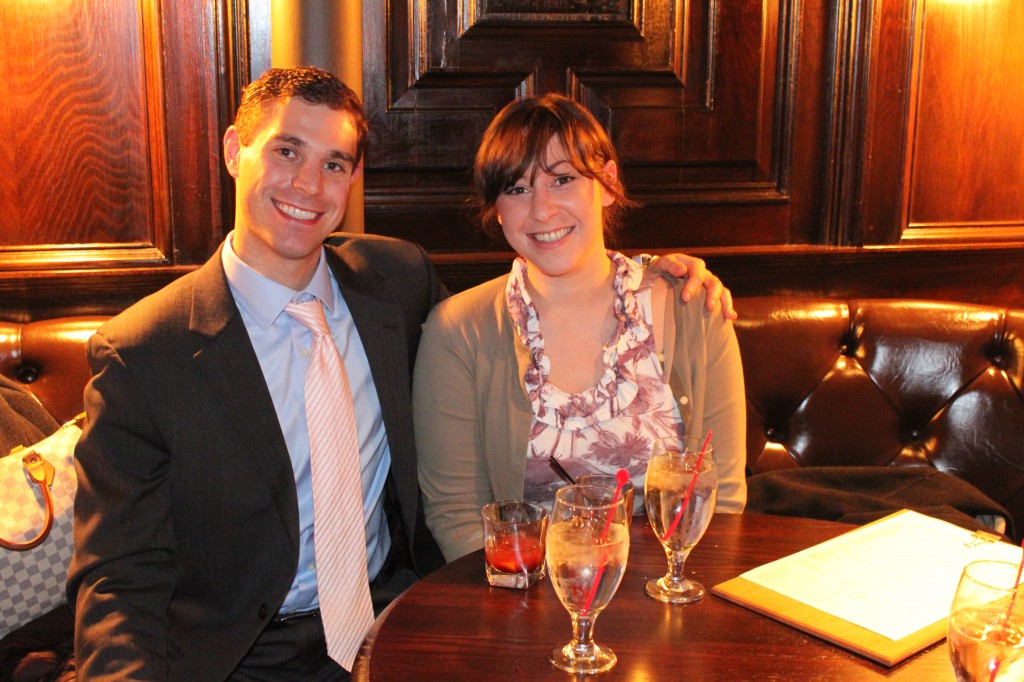 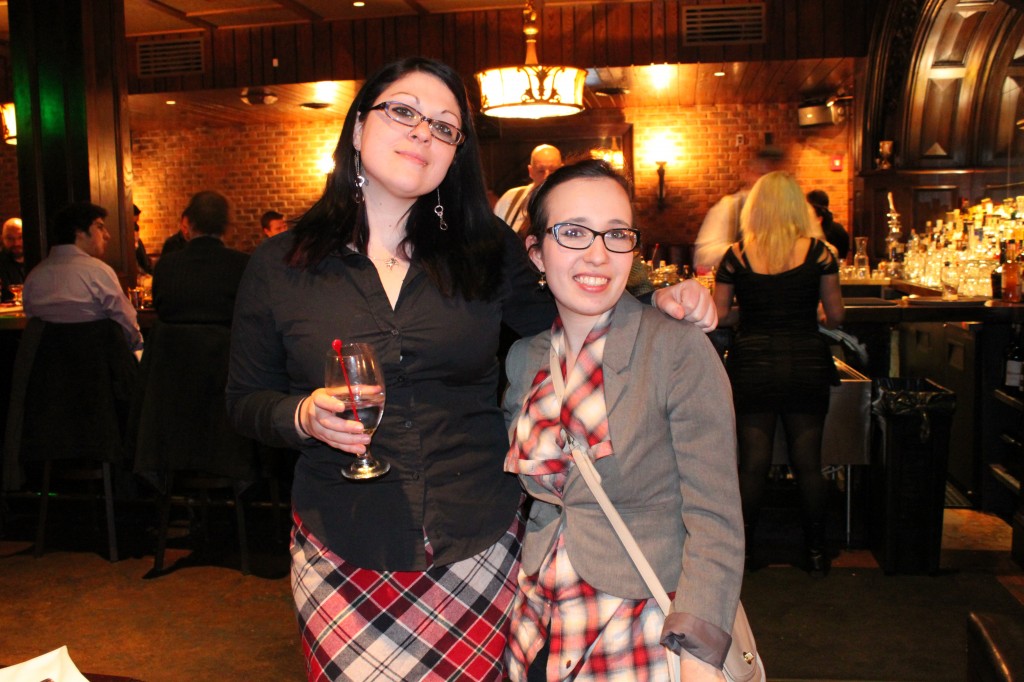 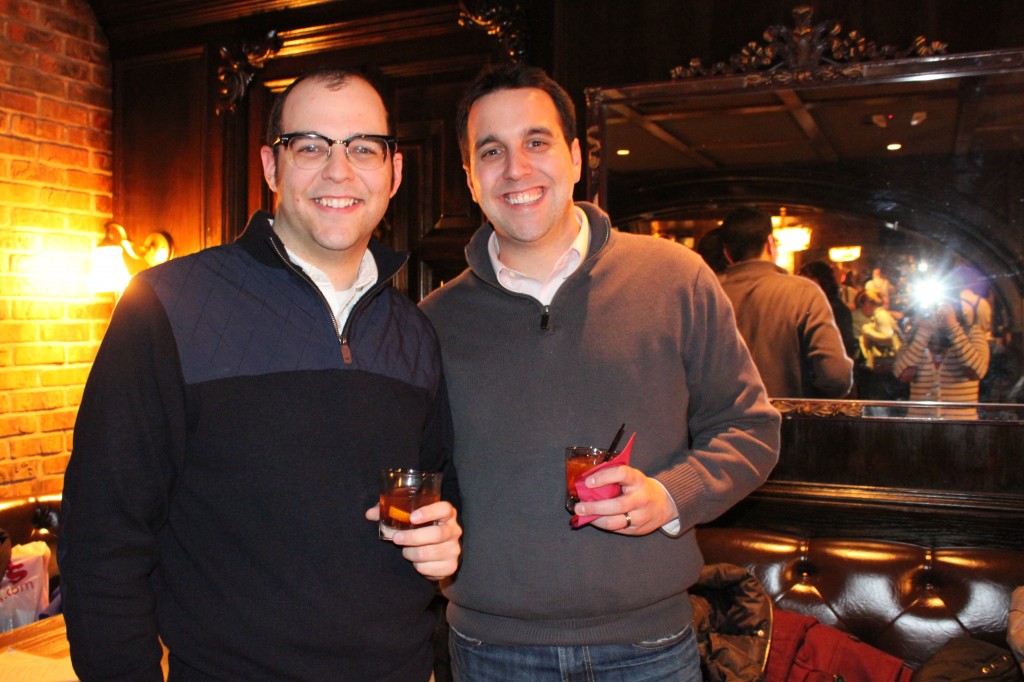 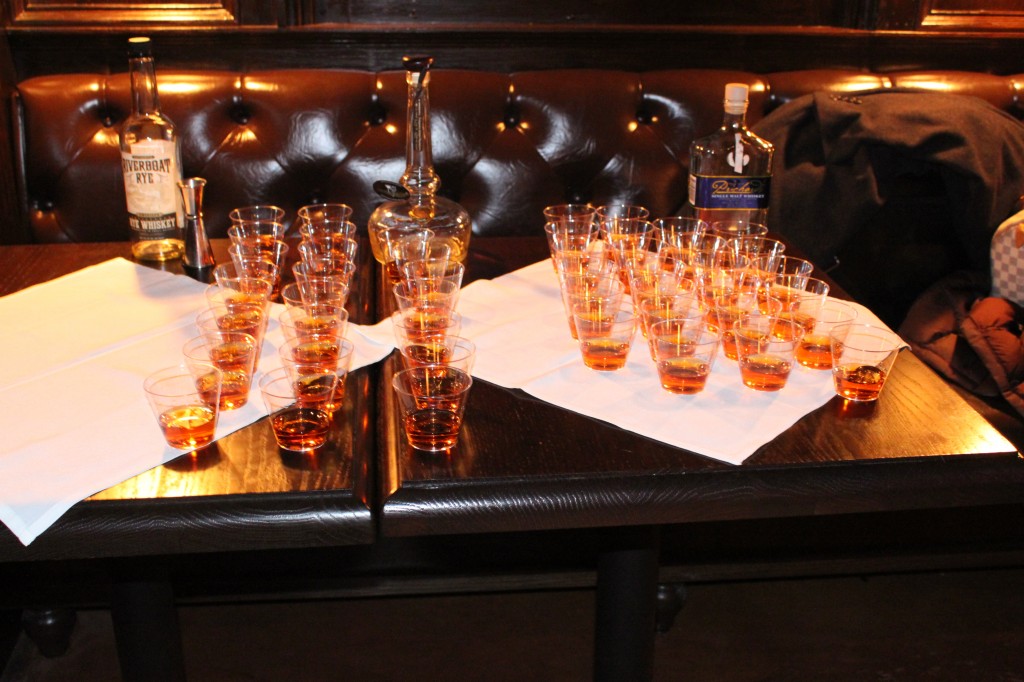 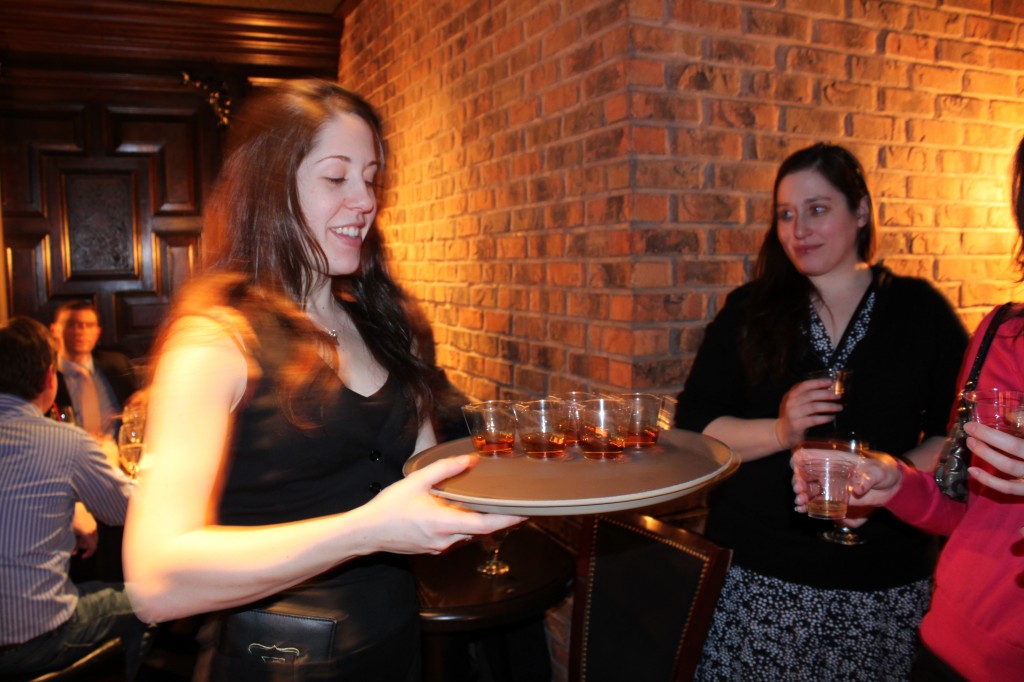 And Saloon, I’m sure I’ll be seeing you again soon. With over 130 brown liquors, local beers and yummy cocktails like the Old Pal, I am officially a fan and you can be sure I will be spreading the love. Until the next time! 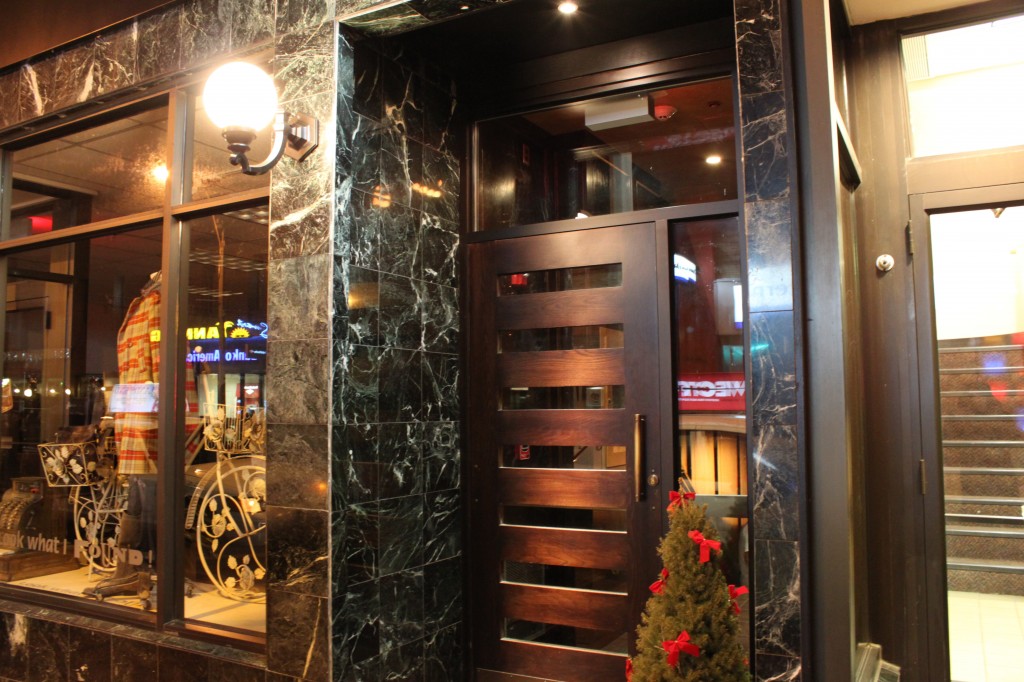 One thought on “Google Places & Booze In Boston Presents: A Whiskey Rebellion at Saloon”